Whether you are looking to finance or refinance your car for the first time, the creditworthiness of a new vs. a used car can differ to a great extent. Here are the costs and benefits associated with both.

As per popular belief, people find financing or refinancing a new car easier as compared to a used car. This is because a lender finds it easier to determine a new car’s value as compared to an old one. Also, the value of a car is an important aspect when it comes to arranging a refinance.

On the other hand, used car refinancing can also be an appealing idea as the monthly payments are usually lower. Another benefit of refinancing a used car is that it offers a lower down payment as opposed to a higher one with a new car.

Since a used car’s value is not exactly its strong point, it’s a safer deal as compared to a new car that loses a significant chunk of its value only in the first year.

If you can afford a high down payment on a new vehicle, might as well consider refinancing it. One of the reasons it’s a good idea to refinance a new car is that it offers a long payoff period.

Again, a longer period can either be the best or the worst thing depending on your needs. While it may be a good way to decrease your monthly payments, you will end up paying a higher amount overall. However, it is generally believed new cars have a lower interest rate as compared to used ones.

In conclusion, if you do refinance your car regardless of the new or used condition, explore the market well before settling for a deal. Moreover, make sure to have a decent credit score as it’s a huge determinant of the interest rate you’ll land.

Consider the costs and benefits associated with both and speak to people who’ve been in a similar situation. Use online resources and auto refinance calculators to figure out how much you’ll be able to save per month. 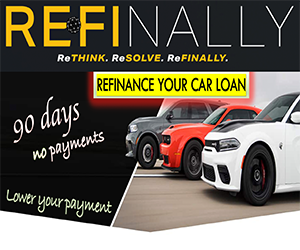